After a six hour flight, we arrived in California on the Wednesday prior to our son's Saturday wedding. We picked up our rental car after waiting on a long, long line and then picked up our daughter and son-in-law from their terminal at SFO airport. From the airport we drove down to Santa Cruz to check in to our rooms at the Inn at Pasatiempo. The inn is literally around the corner from the wedding venue.

We rested the rest of Wednesday except for going out to dinner at a local brew pub.

Thursday morning our son and his then fiancee arrived late morning. First we had to pick up his and hubby's tuxes and then we could enjoy some vacation time.

We took a ride to Point Lobos Nature Reserve in Carmel, CA. It was a cool, windy, cloudy day, but we enjoyed the sights nonetheless. 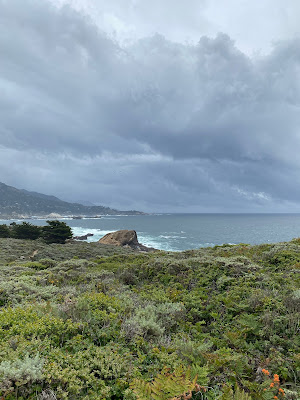 There was the threat of rain, but we stayed dry. 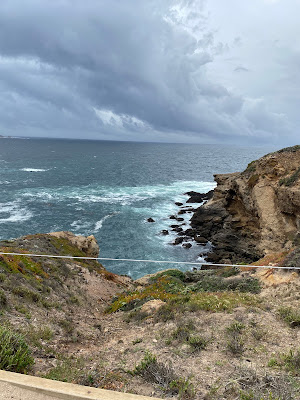 The water was churning and swirling. It was beautiful. 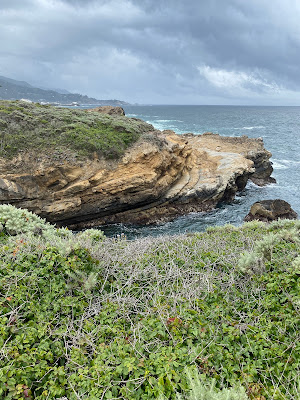 There were a bunch of sea lions out on this rock. We could hear them, but they were just little dots to see. 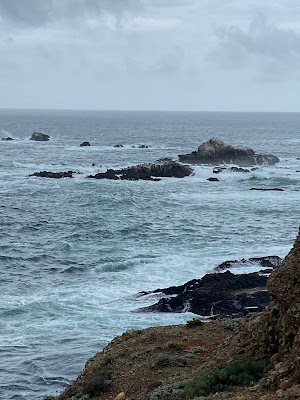 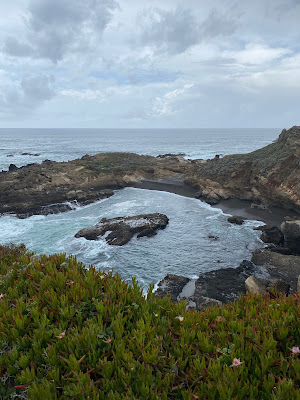 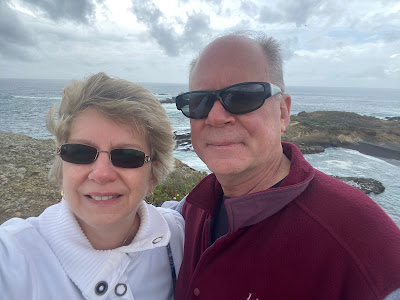 The rest of the family. 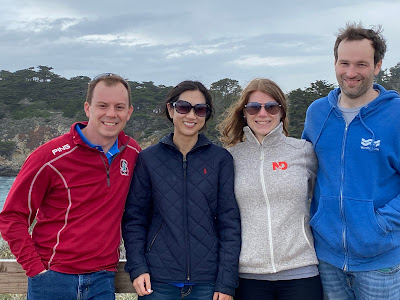 There were a few flowers to see. 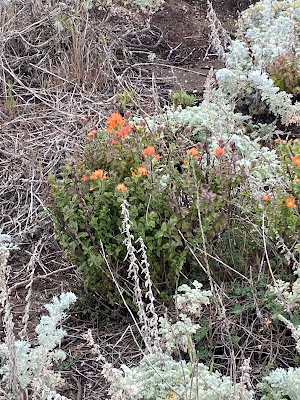 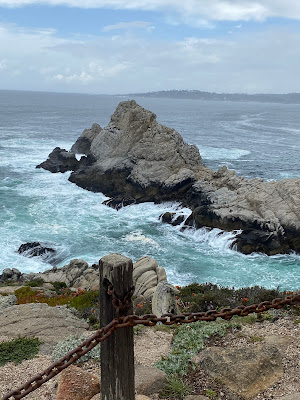 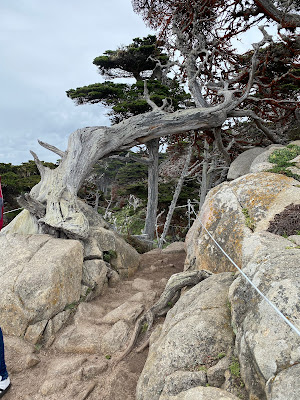 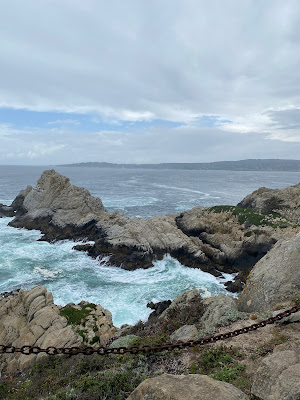 There were cormorants in this cove. 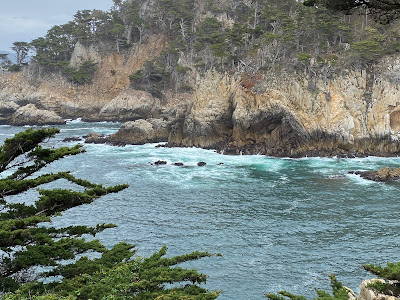 They are an aquatic bird that fully dives under the water. It was fun wondering where a diving bird would emerge.
After this we drove into Carmel and walked around that pretty town. There were seveal small art galleries to view and a walk down to the ocean. 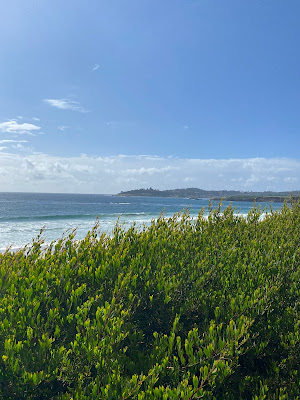 We stopped for dinner at Pepe's Little Napoli restaurant and had a wonderful meal.
That's it for Part 2 of the wedding trip. I will share Part 3 in another post.
Thanks for stopping by!

View my complete profile
I am a 60 something math teacher. I spend many days creating and stitching my own cross-stitch designs, crocheting, quilting, knitting, and sometimes baking. I live on Long Island, NY with my husband.